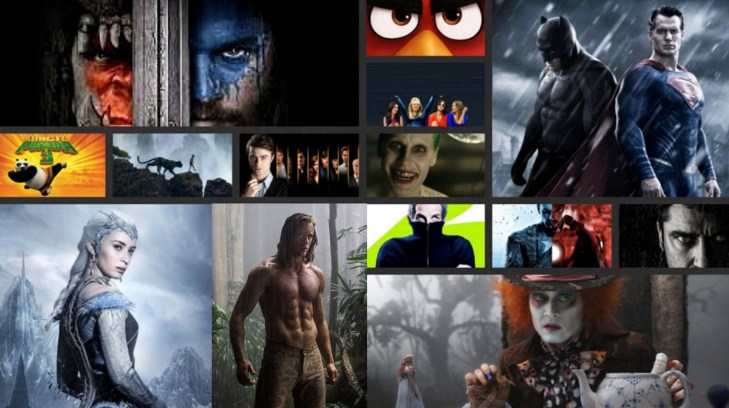 It’s the New Year and the annual “Films To Watch For in (insert year)” Lists are out.  I’m trying to compile a fairly complete list and would appreciate any other ones that anyone else comes up with … just send me the link in a comment and we’ll add it to the list.  All of this will be very interesting once the fate of the movie is finally known next summer.  Meanwhile, here goes.

Films To Watch For – Lists that Include Legend of Tarzan

July: Steven Spielberg directs The BFG, based on Roald Dahl‘s children’s book of the same name…True Blood stud Alexander Skarsgård is hotter than ever in The Legend of Tarzan…Zac Efron and Adam DeVine are brothers who place an ad online looking for dates to a wedding in Mike and Dave Need Wedding Dates…The adorably animated The Secret Life of Pets takes a look at what really goes on with your dogs and cats when you’re not at home…Melissa McCarthy, Kristen Wiig,Kate McKinnon and Leslie Jones are who ya gonna call in Ghostbusters…Ryan Gosling and Emma Stone are together again in the romantic musical La La Land…Ice Age: Collision Course is the fifth installment of the animated Ice Ageseries…Idris Elba is the newcomer in Star Trek Beyond…Genius with Colin Firth,Jude Law and Nicole Kidman tells the story of legendary book editor Max Perkins…Have you seen Matt Damon‘s body in the still-to-be titled fifth Jason Bourne movie?

San Francisco Chronicle: Films to Look For (Maybe) in 2016

In “The Legend of Tarzan,” we get a Tarzan (Alexander Skarsgard) on dry land saga, with the former jungle dweller going up against an evil schemer (Christoph Waltz). Guy Ritchie will direct “Knights of the Round Table: King Arthur” — that should chill your blood — and Matt Damon returns in “Bourne 5.” Plus, there will be a new “Star Trek” movie — “Star Trek Beyond” — the third with the new crew — and a female “Ghostbusters” movie, starring Kristin Wiig and Melissa McCarthy.

Alexander Skarsgård, Margot Robbie, and Christoph Waltz team up in the upcoming ‘Legend of Tarzan’. Many years after he left Africa behind, Tarzan returns to the Congo to serve as a trade emissary, unaware that he is actually a pawn in a Belgian captain’s deadly plot. ‘The Legend of Tarzan’ releases worldwide from June.

Other studios are going to continue to try to beat Disney at its own game with their own live-action versions of “The Little Mermaid,” another adaptation of “The Jungle Book” and more, but it’s very possible they’ll fail in comparison. Audiences might still be interested, however, in new versions of “Tarzan,” and the possible positive reception of The Legend of Tarzan could send that message to Hollywood, which seems to currently only try out another one every couple of years.

Wichita Eagle: What to Look Forward to in 2016

NewsOK: Meet the New Flicks, Same as the Old Flicks
Remakes scheduled include “Ben-Hur,” “The Jungle Book,” “The Legend of Tarzan,” “Ghostbusters,” “Pete’s Dragon” and “Jumanji.” And since there have been earlier films about country singer Hank Williams and the King Arthur/Sir Lancelot/Queen Guinevere triangle, perhaps “I Saw the Light” and “Knights of the Roundtable: King Arthur” can also be considered remakes.
Las Vegas Review Journal:  Movies To Watch for in 2016
Alexander Skarsgard goes for a swing in “The Legend of Tarzan” (July 1).
The Daily Beast: Most Anticipated Movies
Includes Legend of Tarzan and its July 1 competitor The BFG.
Manila Bulletin: Behold the (Near) Future
(LOT is one of only about a dozen movies listed.)

Lists that Don’t Include Legend of Tarzan

USA Today: Most Anticipated Movies of 2016
Top Ten on the Fandango audience survey, which is the basis for the article:
(Note: Independence Day comes out one week before Legend of Tarzan and is a major competitor.  Finding Dory will be on its third week; and Star Trek Beyond comes in when LOT reaches its third weekend.  Note also that this Fandango survey was carried in a number of other publications so it’s impact is considerable.)
Business Insider: The 21 Most Anticipated Movies of 2016
(Does not include Independence Day Resurgence or The BFG, so Tarzan is left out with others in its release slot.)
Sun Times: 18 Movies We Can’t Wait to See in 2016
Skips from Finding Dory on June 17 to Ghostbusters on July 15.  No Independance Day Resurgence or BFG.
Tulsa World: More Star Wars, More Marvel, More Sequels
Same as Sun Times — no ID2, no BFG.
The Stranger.com: Movies to Watch for in 2016
Includes The BFG; no ID2, no Star Trek Beyond.
There are more….I will add them –or as noted above, send them in if you find them and I’ll add them for the archive version of this.